How many times have you asked yourself these questions: When is the end of the world? Can we know when Jesus Christ will return? Or, what prophecies must yet be fulfilled before Christ returns?

End-times prophecy is one of the most important issues confronting Christians. Either these issues arise from within denominational churches or from without. Christians everywhere are faced by the fact that end-times prophecies are secularized. They are secularized because Christian churches have transferred the interpretation of prophecy to the motion-picture industry, science fiction publishers, etc. As a result, some believers have ceased to study apocalyptic language according to the whole prophetic design and message of God.

Further, the real issue today in Eschatology [the study of the last or final matters] is between futurism and preterism. Futurism is a movement in organized Christian denominations that emphasize "church futurology" [the study or forecasting of trends or developments in the church] and "futuristic eschatology" ["end of the world" prophecies are yet to be fulfilled events]. Preterism, on the other hand, is a belief in "fulfilled eschatology" ["end of the world" prophecies are events accomplished in the first century] and "fulfilled prophecy" [scriptural prophecy that is (was) fulfilled or finished].

With these schools of prophecies in our minds, then, let us find out the effects that they have on Bible Believers who are committed to it.

Perhaps you are in a Futurist situation, curious about what lies ahead, but putting all of your personal plans on hold because you are thinking that, in the "last days of the church," the world might end anytime. So you faithfully sit in your local church, week after week, taking down notes on the "signs of the times" while expecting your body to be raptured to the sky anytime. Sometimes you just listen there and wonder while your elders struggle in deciphering 666, identifying antichrists, and setting dates for the return of Christ. But, in reality, you are not worried about end-times drama because you know that neither things present nor things to come can separate you from the love of God.

Perhaps you are a Preterist who is not worried about God's timetable because you know that prophecies on the "end of the world" are fulfilled in the past – in the first century A.D. with the fall of Jerusalem and the Roman Empire. Unfortunately, you still want to escape the anxiety of being in the world but not of the world. So it is important to recall here that God's creation belongs to us, His children, and it is wise to trust the Lord that He will give us the understanding in all things.

This, then, is the goal of this book: how to have both the understanding of "fulfilled prophecy" and fulfillment in Christ plus use it to the glory of God.

Tim Liwanag
Posted by Author at 8:24 AM 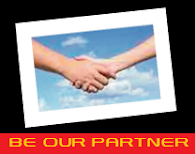